“I was looking for something more”: A Diocesan Priest’s Journey to Religious Life

Fr. David Driesch, O.Praem’s journey to Daylesford Abbey and life as a Norbertine priest took a while. For 30 years, he was a priest for the Diocese of Pittsburgh, a city five hours west of the suburban Philadelphia, Pa., Abbey he now calls home.

After graduating from Duquesne University with dual degrees in psychology and philosophy, he entered St. Vincent’s Seminary in Latrobe, Pa. Given the seminary’s connection with the Benedictines, some people thought he might become a monk, but Fr. Driesch was inspired to follow in the footsteps of two diocesan priests he knew growing up.

“I felt called [to be a diocesan priest] and thought it would be exciting to serve in the parish,” he said.

After his ordination in Pittsburgh, he had several parish assignments, used his psychology degree to teach a class at a local Catholic high school, was a pastor, and worked in campus ministry.

“I loved that work, I loved the parish, and I loved working as a pastor in four different churches. They were all unique, all very different,” he recalled.

It was during his second pastoral assignment that he started to become restless. He began looking for a little more.

He enjoyed parish life and community, weddings, celebrating Mass, and making hospital visits, but the business side was beginning to take a toll on his prayer life.

He recalled thinking, “I wish I could spend more time in prayer or have more time for more meditation. That was my draw to the religious life.”

He visited several religious communities, but none seemed to be the right fit. About ten years later, the topic came up in a conversation with his youth minister. She knew several Norbertines and thought the community might be a good match.

After several visits to Daylesford Abbey in Paoli, Pa., Fr. Driesch felt called to join the Norbertines. Already a priest, he needed to complete the Norbertine formation process, which took four years: one year as a novice and three years in temporary vows.

In the eight years since he joined the Norbertines (formally, the Order of Canons Regular of Prémontré), Fr. Driesch has found the community life, and the prayer life, which includes chanting the Liturgy of the Hours, to be more fulfilling. The Norbertines combine a monastic-type of prayer life with an active ministry, as he had as a diocesan priest. 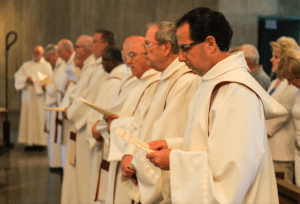 Life as a Firefighter

Fr. Driesch has a somewhat surprising second calling: volunteer firefighter. His side gig started over 20 years ago. A local fire chief discovered that Fr. Driesch had a license to drive a school bus and kept telling him if he could do that, he could drive a fire engine.

He has continued volunteering even as a Norbertine. A pager alerts him of calls, but as a volunteer, he does not have to respond to everyone. He has found that it is easier for him to make a majority of calls at night.  Recently, he was named “Firefighter of The Year,” and was featured in a Philadelphia Inquirer article.

“It’s pretty neat because it breaks up the day, but also it’s exposure to other people outside the Abbey,” Fr. Driesch said.

Who are the Norbertines?

The Norbertines are a religious order founded in France in 1120 – 900 years ago – by St. Norbert of Xanten. The fifth-oldest surviving order in the Catholic Church, the order was founded to bring about renewal in the clergy by bridging the gap between monastic life and clerical life.

Norbertine life is characterized by the ideal of communio. The canons live together in communion and draw strength from their common life dedicated to prayer. Norbertines live a life of both contemplative prayer and action by serving the needs of the Church.

They take vows of poverty, chastity, and obedience to an abbot and live in abbeys. At the center of every Norbertine community is a commitment to sung communal prayer, meals together, and work outside of the abbey supporting the local church community.

Daylesford Abbey is home to 25 priests. Other Norbertine communities in the United States are in California, New Mexico, and Wisconsin, as well as a priory in Delaware. 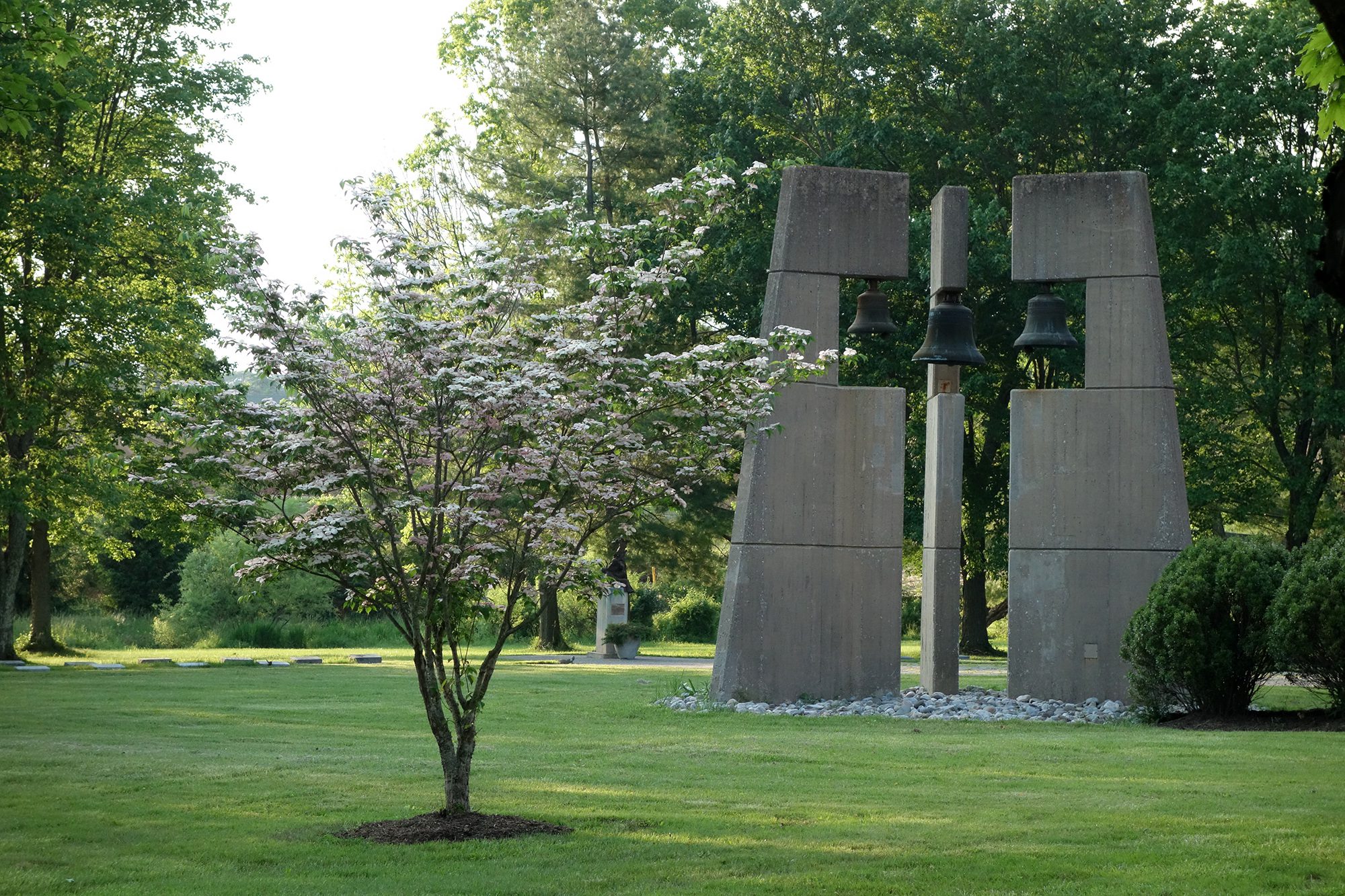 The men at Daylesford Abbey are engaged in a range of ministries, including parish ministry, social outreach, education, and spiritual direction. The Spirituality Center hosts personal and group retreats, and The Bethesda Project, a non-profit founded by Abbot Dominic Rossi, has 14 shelters and provides support, food, and housing to Philadelphia’s chronically homeless. Daylesford Abbey also is known for Abbey Fest, a popular Catholic and Christian music festival.